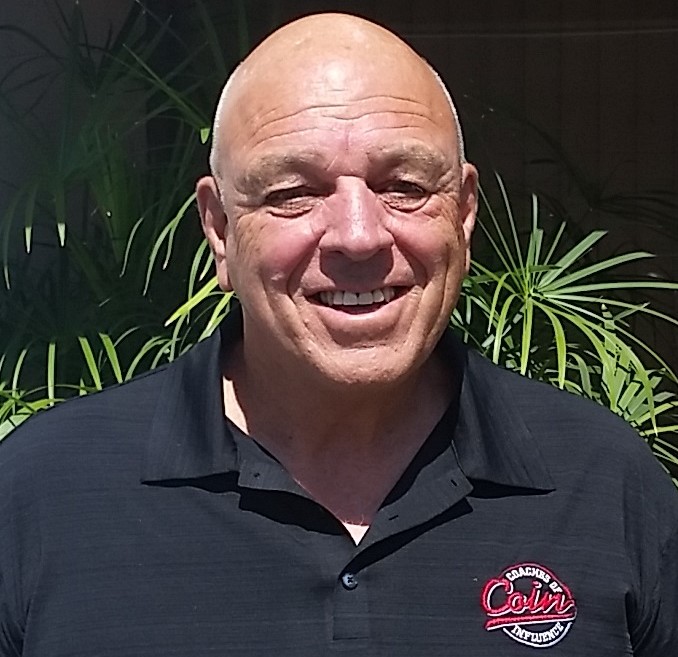 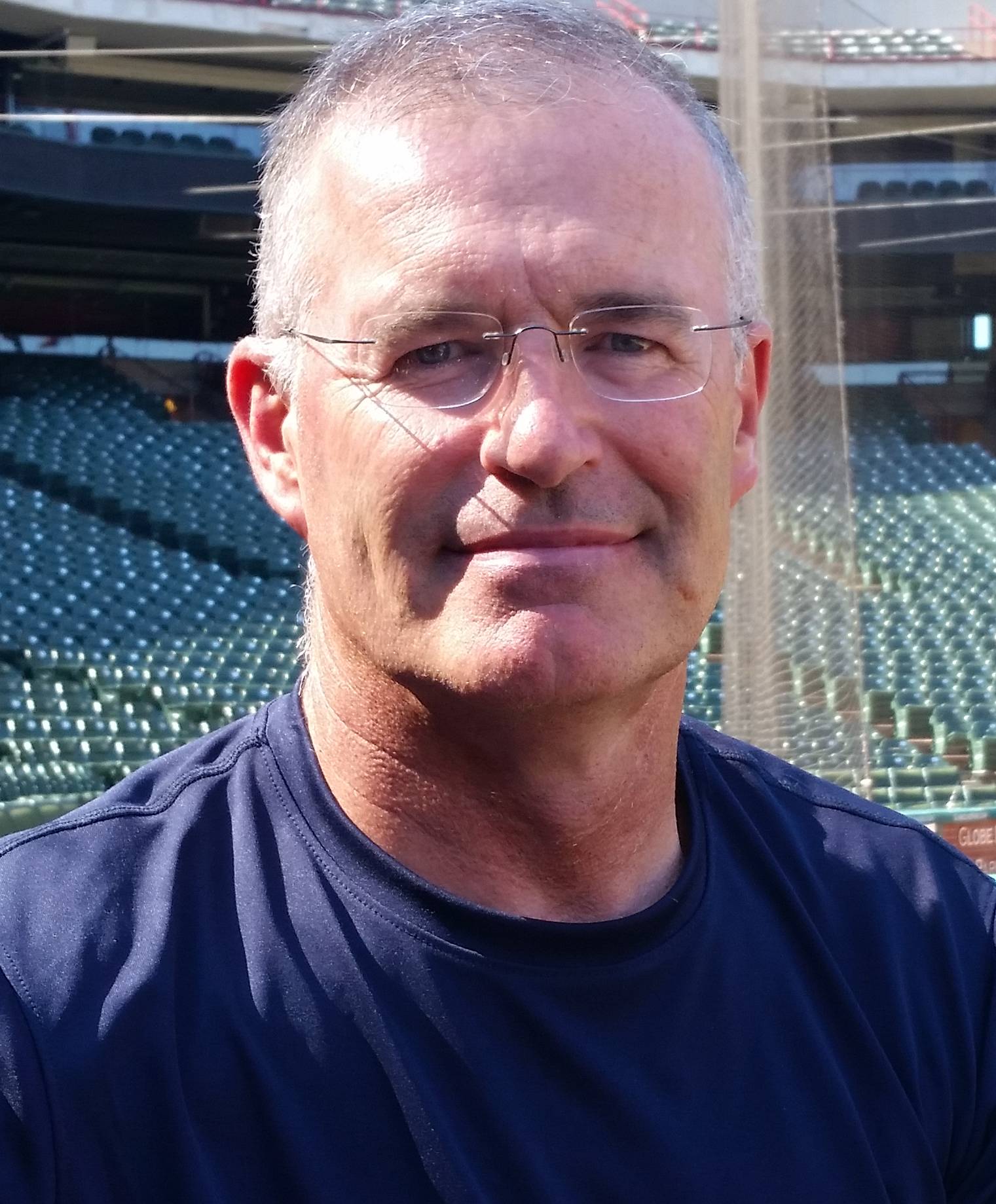 From 1997-2001, Bob and his wife, Lisa, served in Ecuador, South America, with Reach Beyond Ministries as a teacher and Lisa as a nurse. They were at the Rio Grande Bible Institute Spanish Language School, Edinburg, TX, in 1996.

Bob and Lisa were married in April 1983. They met while in college at Dakota Wesleyan University (DWU) in Mitchell, SD, and have four children: Caleb, Isaac, Ellie, and Israel.

Bob was a High School All-State basketball player in 1977. He then played college basketball at South Dakota State University for one season in 1978 and for three seasons at DWU, 1979-1981.

In 1977, during his senior year of high school while at the Mitchell Wesleyan Church under the leadership of Pastor Glenn Wessel, Bob became a Christian through the influence of Marly Gjesdal. Bob recalls “Marly was a World War II veteran, a bachelor and our hometown mechanic. He not only fixed my car, but he fixed me spiritually by taking me to church and leading me to Christ, and then mentoring me.” 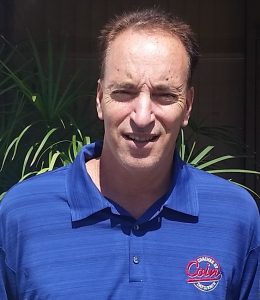 From 2004 – 2009 Greg Pappas served as Athletic Director and Head Men’s Basketball Coach at Hope International University in Fullerton, California. Coach Pappas retired after the 2009 season. Currently he is serving as the Associate Director of Coaches of Influence. Along with his relationship with COIN, Pappas has volunteered coaching basketball with youth travel teams, middle school sports, and currently at Lakewood High School.

Prior to coming to Hope International, Pappas served as an Assistant Coach at Azusa Pacific University for three years. He was part of two Golden State Athletic Championship teams in those three years, including the 2000-2001 team that won a school record 35 games but eventually lost in the NAIA semifinal game. Before going to APU, Pappas spent twenty years coaching in high school. Pappas was the first basketball coach at Cabrillo High School in Long Beach when the program started in 1998. Pappas served as head coach at Rowland High School for six years, leading them to the playoffs in four of those years. He was named San Gabriel Valley Tribune Coach of the Year in 1991.

In 1981 Pappas earned his Bachelors in Business from Long Beach State University. In 1987, he earned his Masters in Physical Education from Azusa Pacific University. Pappas resides in Long Beach with his wife Lisa and two sons Jordan and Brandon. 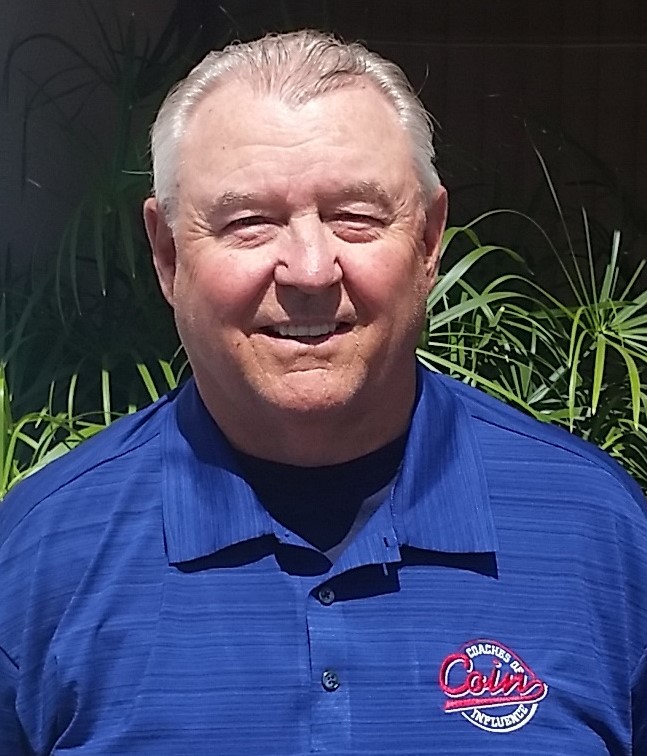 Coach Tim Sweeney Sr was born in Chicago, Illinois, but he considers himself a native Californian. Educated in Long Beach Coach Sweeney was blessed to have been part of several championship basketball teams at L.B. Poly High School, Long Beach City College, and Chapman College, where he received a basketball scholarship. Coach Sweeney and his wife, Charye, his high school sweetheart, have been teammates & mentors to players at Mt. San Antonio College, Fullerton College, Hope Int’l University, Chapman University, Poly High, and Lakewood High School.
In 2002, Coach along with a few Christian coaches started the Corona COIN Fellowship. God has truly blessed this fellowship with coaches who love the Lord and is going strong today under Coach Tony Barile’s leadership.

Philippians 4:13 “I can do all things through Christ which strengthens me.”

Recently retired with his wife, Kelly, they moved to Buckeye, AZ. He coached HS baseball and soccer in the Bay Area, worked as a missions minister for a local church and for COIN coordinating mission trips to such places as Samoa, Poland, and Alaska. Dave oversaw a ministry to widows at Calvary Chapel West Grove and is currently living in Arizona – but faithfully remains and will always be a Dodger fan! 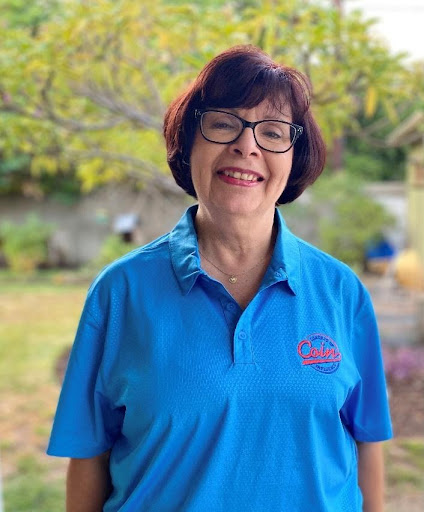 Michelle has served in Christian radio for nearly 30 years working alongside ministry partners such as Grace to You, Focus on the Family, and FamilyLife Today while providing strategic marketing and promotional support. She is skilled in budget management, contract negotiations, and facilitating campaigns that effectively reinforce the brand to generate response. Michelle is well-informed in radio production, accounting, event planning, and is a skilled communicator with a heart for building relationships that reflect and honor Christ.

Michelle and her husband, Steve, make their home in Fullerton, CA. The extended family includes son, Joe, and daughter-in-law, Kari, and she is “Nana” to two grandsons – Jameson and Jack. The Bloods are members of Kindred Community Church in Anaheim CA, where Philip De Courcy is the pastor.